When Presidium was founded, our goal was to not only offer premium service to our residents and partners, but to also support our community in any way possible. Across our portfolio, Presidium has cultivated an active charity platform that includes partnering with local and national philanthropic associations. One of the many charitable associations that Presidium supports is Susan G. Komen Foundation. Over the years, the Foundation has demonstrated its dedication and knowledge through research, awareness events, advocacy programs and by supporting and educating people throughout the world.

The Foundation’s mission to “save lives by meeting the most critical needs in our communities and investing in breakthrough research to prevent and cure breast cancer,” is something we whole-heartedly strive to be a part of. Through Presidium’s donation efforts, sponsorships and events, we are able to support their mission and bring awareness throughout our various communities.

Presidium is proud to help support this cause in any way possible and aid in the Foundation’s vision. Over the years, we have hosted fundraising and awareness events at all of Presidium’s properties throughout the country. In addition to the money raised from our team members, residents, family members and the community, we have participated in the annual Susan G. Komen Race for the Cure. Through the Susan G. Komen Foundation, Presidium continues to work towards our goal of being part of the change within our communities. 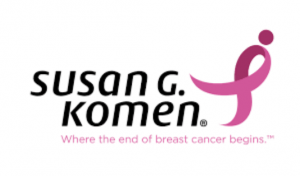 During the 1970s, more and more women were diagnosed with breast cancer and endured it in silence with little resources and no support system to turn to. At the time, breast cancer was a taboo topic to be discussed publicly, so as prominent figures like Shirley Temple Black and First Lady Betty Ford openly discussed their experience, people became more aware of the symptoms and treatments. As doctors became more familiar with this disease, the spread continued and impacted women of all ages. But, when a woman named Nancy Brinker learned her sister had been diagnosed at only 33 years young, she stayed by her side for the next three years until Susan G. Komen passed away at 36. Two years later, Nancy Brinker founded the Susan G. Komen Foundation.

Founded in 1982, the Foundation has remained consistent with their vision and goal to create a world without breast cancer. The Susan G. Komen Foundation has invested more than $2.9 billion in groundbreaking research, community health outreach, advocacy and programs in more than 60 countries. These efforts helped reduce deaths from breast cancer by 40 percent between 1989 and 2016, and they won’t stop until their promise is fulfilled.