August 2017 is a month that so many in the Houston area will never forget. Hurricane Harvey made landfall on August 25, 2017 as a Category 4 hurricane, causing catastrophic flooding and damage. Leaving $125 billion dollars in damages in its tracks. This disaster affected an estimated 13 million people and claimed the lives of 68, ranking Hurricane Harvey as the second-most costly hurricane to hit the United States since 1900.

In the immediate aftermath, Presidium teams worked to help those who were affected by the devastating hurricane.

Bryan’s House is a local Dallas non-profit that provides medically-managed care and social services to families in need. Presidium and Bryan’s House share a commonality; our home is Texas. Although both Presidium and Bryan’s house are headquartered in Dallas, we have friends and neighbors that span throughout Texas. Together with Bryans’ House, Presidium was able to provide homes for 20 Hurricane Harvey victims in Dallas in late 2017. 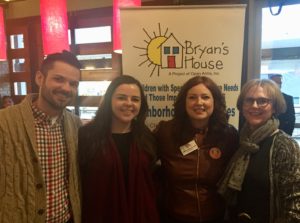 Presidium teams also found ways to support those victims who remained in Houston after this hurricane. In September, the Presidium corporate and property offices collected canned goods, bottled water, clothing, toiletries and other basic necessities to send to the victims of Hurricane Harvey. In an effort to do more, we partnered with the Central Texas Food Bank to run the 2017 Presidium Group Food Drive. In November alone, Presidium donated 379 pounds of food, which created 316 meals for families in need.